She looked at me across her desk, and smiled, and said,

“Look, we don’t need to hear about the latest thing. We don’t only care about cool. We want a bigger picture than that.”

I looked at her with astonishment. Actually what I wanted to do was shake my head sideways, as if to shift water from my ear. But that would have been odd. You know. And weird.

First rule of consulting: try not to look weird, especially on the first meeting.

“We want to see the trend in context. Tell us about the “before.” You can go back to the 50s if you want to. Show us culture in motion. Like, give us a 70-year time horizon. That’s fine. That’s good.”

Jodi’s HQ sits on the east side of Grand Central Terminal. I wandered out of the meeting and through the station. People flying in all directions, miraculously without collision.

I pulled into the Campbell apartment to mull things over. “The Campbell” is tucked away in southwest corner of Grand Central. It was built by John Campbell in the 1920s to serve as his office and has since been turned into a bar and cocktail lounge.

Good for mulling. Because whatever they do to doll the place up, it will always feel like Mr. Campbell is going to stroll back in any second now.

Jodi had surprised me twice.

She was using “culture” correctly. Some clients are still wrestling with the culture idea. Fair enough, it’s a mess. But this client was using it precisely.

But what about the other big thing? Asking to see culture in motion? Asking for a picture that went back in time many decades. I mean, WTF.

WTF, indeed. What happened to those people who trafficked in cool? Was the cool hunter dying? Feeling poorly? Head cold? Sniffles?

If the cool hunter is in decline, we can see three ways he created this destiny for himself. (I am gendering the cool hunter “male” because the good cool hunters were often “female,” witness, for instance, William Gibson’s character “Cayce Pollard” in Pattern Recognition.)

FIRST, the cool hunter was too often a Peter Pan, someone who used his professional work to fund his personal identity. He hunted cool to be cool. This is clearly a problem. This meant that he never looks at things that will not fund his hipness. He will never study housewives in Milwaukee, factory workers in rural Georgia, a hardware store owner in Olympia, Washington. No, if he was going to go to Olympia, Washington, it was to visit that hyper hip institution called Evergreen State College. This was the kind of place you could see the future. Hardware stores? Please.

SECOND, the cool hunter treated the client as if she were an idiot. In fact, he demanded obeisance from the client. Because, hey, to the cool hunter the world will always be high school. Some people rank high. And the rest of us should know our place.

THIRD, the cool hunter is never wrong. And this is true because he never takes a position or acknowledges his errors. Compare this to the diligence performed by one of my Harvard Business School students, now working in the investment world. At the end of each week, Gregory (not his real name) checks his errors, to see why he was wrong. And then he checks his successes, because, as he told me with astounding humility, “I might have been right for the wrong reasons.” Imagine a cool hunter saying that.

The cool hunting model has problems. Eventually, it’s going to be destroyed by its internal contradictions.

But there are also external factors that threaten the cool hunter with eclipse.

Reason 1: the speed of the game and the futility of catch up 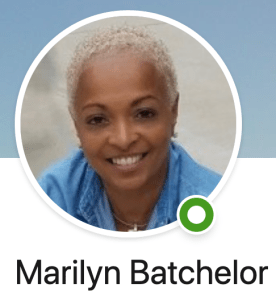 The amazing Marilyn Batchelor helped me make connections in the world of big media in the 1990s. Specifically, she introduced me to a guy who signed new talent for a label in Los Angeles. (I forget his name, all apologies.) James, we will call him, said that he was often sitting across the desk from a youngster who was all dewy with expectation and gratitude for their big break. They apparently felt they had made it, but James can’t help thinking, “God bless you, kid. But there’s a good chance that your career is going to last as long as a NFL lineman. You know, two and a half years.”

The problem, James knew, is that music would change and the “kid” couldn’t keep up. Or worse, James would watch him descend into a tragic game of catch up, reforming his sound to match the latest thing just as it moved on. This would leave the kid sitting captive of the scorn that sits in the wake of the new.

When change was slower, things weren’t quite so bad. There was time enough to adjust, adapt and catch up. But now cool hunting brings only fleeting victory. For brands who come too late or stay too long, it’s better not to try at all. Cool hunting costs them more brand currency than it creates.

Reason 2: the rise of data

As long as we had no way to see contemporary culture changing, well, relying on the cool hunter’s “gut” was our best option.

But now we have things like Google data to help us see.

Here is a Google’s Ngram chart for “cool.” It shows us that even cool has a trajectory. Horrors, it looks as if cool is cooling!

Data trumps the hunch! Or, better, data plus intuition is illuminating in a way that the cool hunter can never be.

Reason 3: too many cools

At Culture Camp, I like to put up an image of the breakers at Waikiki beach. Something like this:

“This,” I say, “is what trends used to look like. Big, fat, changes rolling into shore. Easy to see. Easy to track. Easy to choose which one the brand wants to “surf.”

Then I put up an image of a seascape in chaos. And say, “Now it’s a perfect storm. No pattern. No warning.”

In the old days (aka the 20th century) there were relatively few creators, relatively few channels, relatively few experts playing gatekeeper. So the cool hunters didn’t have to monitor a lot to stay current. For many, it was enough to live in New York City or LA, and keep their eyes open. It was amazing what you could learn about pop culture from the window of your taxi as it took you to the airport.

But in the 21st century, we have millions of creators, channels too numerous to count, and many of the super influential gate keepers are gone.

There are just too many cools for the cool hunter to hunt. (That’s why the Griff is tracking 250 trends.)

Over the years, cool hunters have done good and noble work. For all their abuses and indulgences, they helped us with the problem William Gibson identified when he noted that “the future is here but badly distributed.” Cool hunters knew where to find the future, when the rest of us had no clue.

Some of cool hunters actually helped shaped the future. If you told enough clients what was coming, you could make it so. (Li Edelkoort take a bow. The Guardian calls her “fashion’s best-known soothsayer.” I met her in Paris on an investigation of culture with the remarkable Charlotte Oades. But that’s a story for another time.)

And this leaves us looking down the barrel of the scariest trend of all: the decline of cool hunting itself. Now that we have better maps, better ships, and better navigational gear, it’s maybe time to bid the cool hunter adieu. Then again we don’t really have to. It’s there in the trajectory.

I am an anthropologist who studies American culture. Some of my books: Dark Value, Culturematic, Chief Culture Officer and Transformations: identity construction in contemporary culture. I've taught at Harvard Business School and MIT. I am a self funding anthropologist. I spent half the year writing and half the year consulting. View more posts